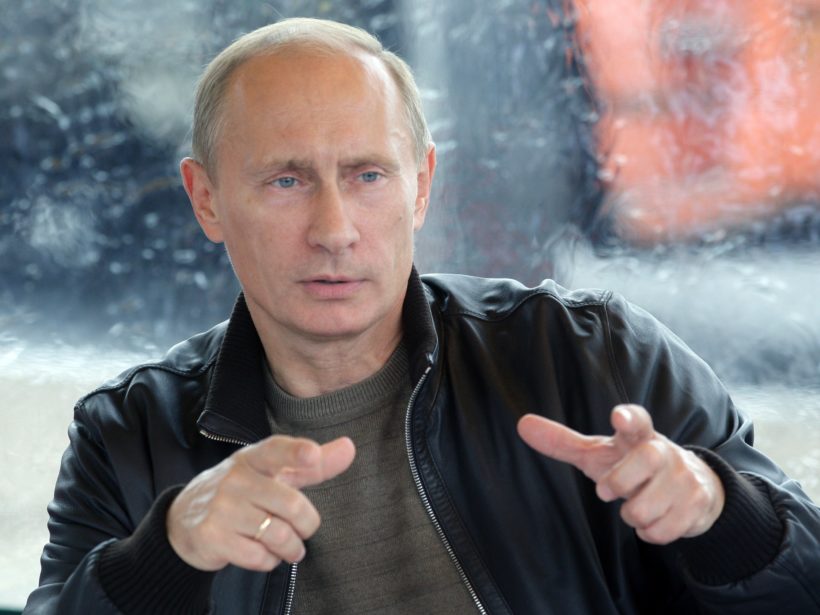 Then, it is off to work. While he typically will not get into the Kremlin until early afternoon, he will be there late into the night most evenings. No matter what the hour, though, he is still dressed extremely well, always in a perfectly tailored dark suit with a coordinating elegant tie. So what does he do at his desk?

He will first go through his briefing notes. While he doesn’t particularly like to read, being more of a man of action, he does take his job seriously and will go carefully through all the reports on both domestic and foreign matters. He will also sometimes watch clips put together by his staff of relevant Russian and international news shows.

While advisers will sometimes bring him online videos to watch, he generally prefers old-school methods involving paper documents in red folder and old-style telephones rather than computers and cell phones.

What does he do in his leisure time? In addition to sports like swimming, riding and playing hockey, he enjoys relaxing with his three dogs. These are Konni, a black Labrador, Yume, an Akita and Buffy, a Krakachan Dog. He has taught these dogs tricks, as visiting journalists from Japan discovered when Yume interrupted an interview. Putin gave her a treat and had her perform for them!